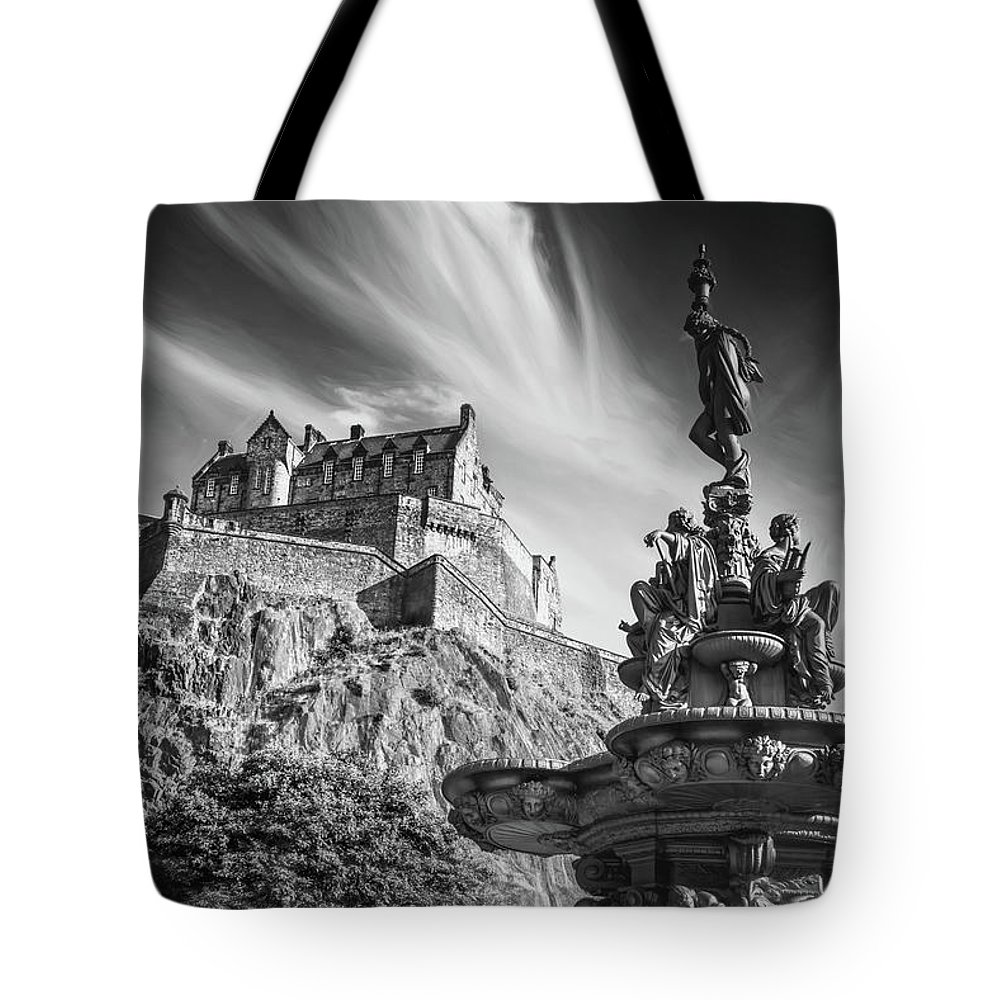 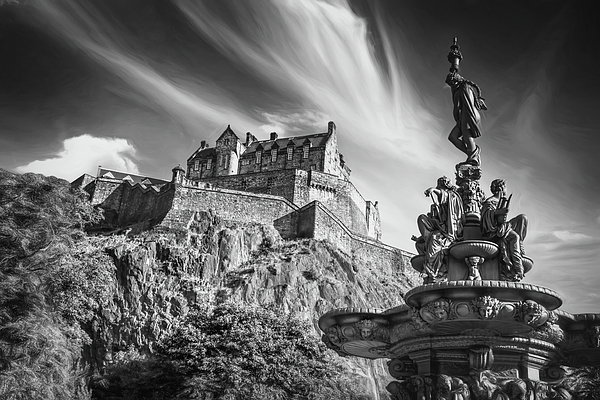 Boundary: Bleed area may not be visible.

Click and drag to re-position the image, if desired.

The image is near the edges of the product but doesn't cover the entire product.   Some of the background color may appear around the outside edges of the image.

Purchase a tote bag featuring the photograph "Edinburgh Castle Scotland Black and White" by Carol Japp.   Our tote bags are made from soft, durable, poly-poplin fabric and include a 1" black strap for easy carrying on your shoulder.   All seams are double-stitched for added durability.   Each tote bag is machine-washable in cold water and is printed on both sides using the same image.

Edinburgh Castle is the crown jewel of Scotland's capital. From its idyllic vantage point perched high on Castle Rock, it overlooks the entire city... more

Thanks very much Steve, I appreciate it! :)

This is a great photograph, Carol. Faved and liked

Thanks so much BO, I appreciate it! :)

Thanks so much Stephen, I truly appreciate it! :)

WOW, this is so cool! The B+W takes a beautiful image right over the top, love the viewers perspective too. Very well done!!!

Thank you so much Tina, I really appreciate that! :)

This is breathtaking in black and white Carol. Your work is beautiful. L/F

Thank you Carolina, much appreciated!

Thanks so much Scott and Guido, I appreciate your kind comments! :)

Robert, thank you so much for your lovely comment. I truly appreciate it! :)

I love this so much, Carol. Your eye for detail in the art of photography is truly stunning! L/F/P

Thank you so much for your kind comment Torfinn, I truly appreciate it! :)

Thanks Mike, I appreciate it! :)

Love it, What a great capture! Instant favorite for me.

Thank you Phil and Ivica, much appreciated!

Thanks Stephen, much appreciated!

Excellent photo of this majestic castle!

Thank you Jurgen, much appreciated!

Edinburgh Castle is the crown jewel of Scotland's capital. From its idyllic vantage point perched high on Castle Rock, it overlooks the entire city and dominates the landscape. With a very long history dating back to the 12th Century and beyond, the castle has gathered its fair share of fascinating myths and legends over the years and welcomed many distinguished guests, including Mary Queen of Scots, who gave birth to her only child, James VI whilst staying at the castle in 1566. An impressive fortress, it is visible from all over Edinburgh, even from above, when arriving by plane. This spectacular Scottish castle also plays host to the yearly Royal Edinburgh Military Tattoo, where the haunting sounds of the bagpipes can be heard for miles around. On the right of the image is the cast iron Ross Fountain, installed at the Western end of Princes Street Gardens in 1872. I blended a little texture with my original black and white photograph to compliment this old world scene.

I'm a travel photographer and photo artist. I like to explore every nook and cranny of anywhere I visit and I'm always looking out for something unusual or unique, weird and wonderful, interesting and intriguing. For me, half the challenge is in the initial taking of the photo, the looking for something that catches my attention, getting that perfect composition, but the other half is in the processing, the tweaking and twisting and the addition of a little imagination to see how much detail I can bring to the surface and hopefully let the viewer see the same as I did when I took the shot. My images have been shot here, there and everywhere, mainly in the historic cities of Europe and with the occasional one taken in my own surroundings...