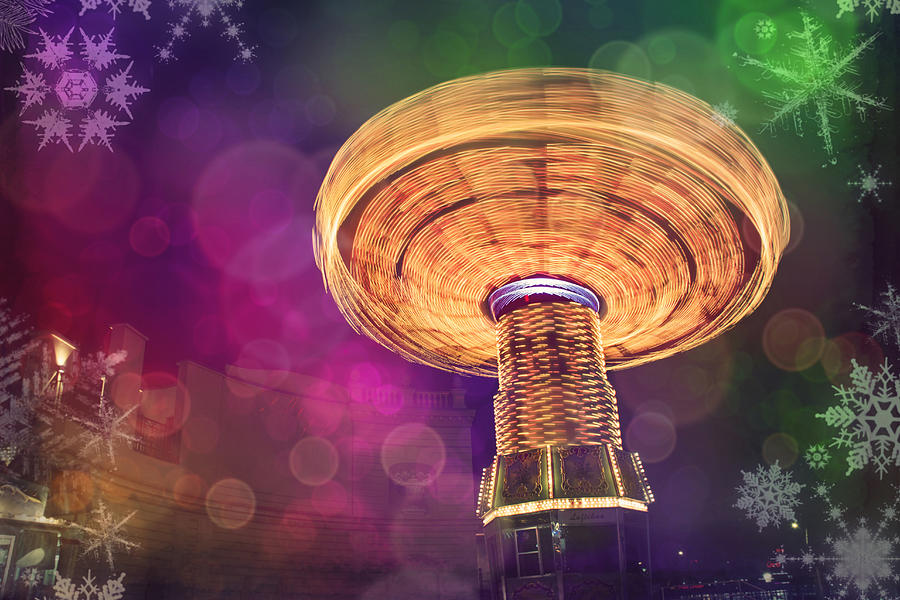 Prater (or Prater Park) in the Austrian capital, Vienna, is very well known partly as a result of the giant ferris wheel featuring in the movie 'The Third Man'. In fact, tourists can walk in the footsteps of Harry Lime on a tour dedicated to exploring the locations from the film. I particularly like the amusement park at night and during the festive season when all the lights are twinkling and it takes on a magical quality. I took the opportunity to shoot a long exposure of the small carousel in full spin, the light trails creating a nice feeling of motion. A Light Spin has added textures to compliment the vintage feel of the image.

Thanks so much Ann, I appreciate it!

Many thanks everyone, I appreciate your kind comments!

Thanks again Tatiana, much appreciated!

Thank you Dee, much appreciated!

So amazing! Such a beautiful light image! L/F

Thank you Karen Silvestri for featuring my photo on the homepage of the 'Lady Photographers and Artists' group, much appreciated!

Thank you very much Charlotte, I appreciate that!

Congratulations your beautiful work is being featured in The World We See Group :-)

Thanks for the feature in 'The World We See' group Robyn, much appreciated!

Thank you Keith, I appreciate that!

Thank you for the group features: Romuald Henry Wasielewski of 'Arts Fantastic World', Nina Prommer of 'ART - It Is Good For You' and Tatiana Travelways of 'Travel Art', much appreciated!

Thanks again everyone for all your lovely comments, I truly appreciate it!